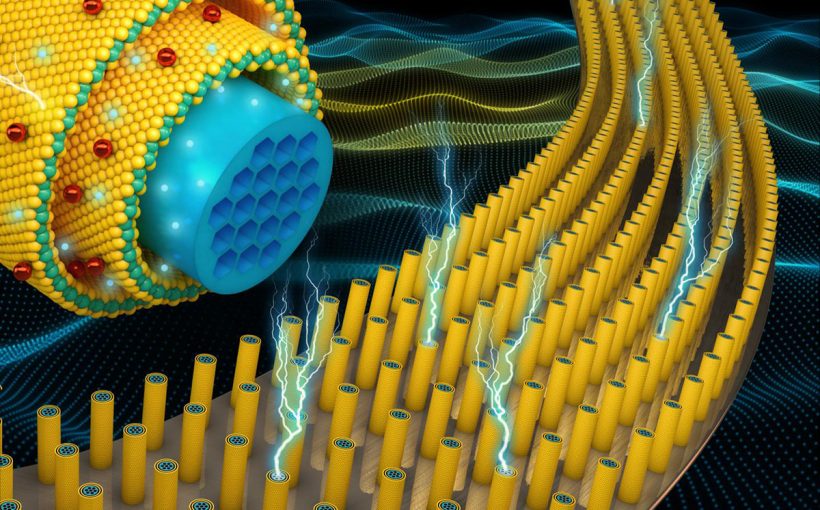 The supercapacitors, with their unique properties, are replacing batteries in some applications. Does the future have in store purely capacitive devices, with batteries mostly relegated to the past? Or is the advance of supercapacitors destined to end?

Most of the devices around us has a battery, often lithium ion batteries, one of the most used technologies due to their high energy density (about 100-200 Wh/kg), that allows the production of relatively light batteries with a long duration. Nonetheless, they have a weak spot regarding their charging and discharging speed, caused by the electrochimical nature of these devices, that puts a limit both to the speed with whom a battery can be charged, and to the outgoing  power that the battery can provide (limited to about 2000-3000 W/kg).

Another problem is related to the degradation of their capacitance after a certain number of charging and discharging cycles, an effect that is evident to anyone owning the same cell phone for more than two years.

On the other hand, capacitors(condensers) are free from these problems, because of their electrostatic nature that allows them to be charged and discharged in a short period of time and to undergo a far less strong process of degradation. In contrast to batteries, however, they have an extremely low energetic capacity, just 0.1-0.3 Wh/kg for the electrolytic condensers, the type of capacitor with the highest capacity. This lack makes them unsuitable for almost all the portable applications and those requiring a certain autonomy.

However, the matter changes when we talk about supercapacitors, that are capable of storing 10 to 100 times more energy than an ordinary capacitor, with the limitation of a maximum tolerable tension of few volts.  This energetic capacity, halfway between the ordinary condensers and the lithium ion batteries (from about 2 Wh/kg for double layer capacitors, up to 10-15 Wh/kg for hybrid supercapacitors), combined to their advantageous recharging characteristics, outgoing power and longevity, makes this type of devices a very interesting choice, advantageous for a large number 0f applications. Let’s try to understand what is the substantial difference between a supercacitor and an ordinary condenser. A condenser is actually a very simple device, made of two conductors (armors) divided by an insulation (dielectric). Applying a potential difference between the conductors, the condenser gathers electric charge on the armors’ surface that is in contact to the dielectric. Within the dielectric there will be an electric field proportional to the the amount of charges on the armors. In this electric field the condenser stores the accumulated energy in the form of electrostatic energy. The amount of accumulated charge depends on the capacity of the device, as well as on the potential difference between the two electrodes. The capacitance, expressed in farad (F), depends on the surface area of the armors, on the distance between them and on the dielectric constant of the insulator.

In order to maximize the capacitance of a condenser, they are often constructed with the armors wrapped one above the other, to maximize their area and minimize their distance, divided by a thin layer of insulator material with an high dielectric constant. This type of condensers can reach a certain point in terms of energetic density, with maximum capacitance of some Farads.

Supercapacitors can go beyond this limit thanks to a fundamentally different structure: there are still two conducting contacts, usually covered in  activated carbon with an high surface area, divided by an electrolyte. As a potential difference is applied between the two electrodes, on their surface two counterposed ionic layers will be formed. These layers are equivalent to the charge layers piling up on the armors’ surface in ordinary condensers. The distance of few nanometers and the relatively large surface provided by the activated carbon porosity allow to reach enormous capacitance, up to hundreds of farad, and therefore a great energetic density. These characteristics allowed their utilization in an increasing number of devices in place of the ordinary batteries, such as the wireless mouse, with an autonomy of about one day but a recharging time of just 3 minutes, or the bluetooth speaker, with an autonomy of 6 hours, a recharging time of 5 minutes and a nominal lifespan of 10 years, in contrast to the lithium batteries whose typical lifespan is of 2 years. Samsung has indeed decided to employ this technology for the stylus in their last high-end smartphone, the Galaxy Note 9: instead of a battery it has a supercapacitor providing an autonomy of 30 minutes but a recharging time of just 40 seconds, then ensuring both the necessary usability and a lifespan that is even longer than the smartphone’s.

Also in the transport industry the supercapacitors have been used innovatively: they are used both on rubber, mainly on electric and hybrid cars, and on iron, for regenerative braking devices, that retrieve a part of the kinetic energy in the form of energy which can be used later, instead of dispersing all the kinetic energy of the moving vehicle as heat because of the friction with the discs. Mechanical systems of regenerative braking such as the flywheel have existed for a while, as well as hydraulic and battery-powered systems, but the high power capacity of the supercapacitors has allowed the realization of even more efficient systems, that are being employed also in sports area such as the F1.

An example where the supercapacitors have successfully replaced the traditional batteries are the capabuses, the “capacitive buses”: sperimentally introduced in China in 2010, they have an autonomy of just a few kilometers, but they exploit the exceptionally fast recharge of the supercapacitors at every stop, with the possibility of fuelling up in less than 2 minutes. These buses, as well as costing just a part of the diesel buses in terms of maintenance and fuelling (the estimated savings are of about 200000 dollars), are lighter than the “traditional” electric buses, so that they turn out to be more efficient in the electricity consumption than the latter, lowering consumption up to 40%. The supercapacitors are also used variously both in digital electronics, as tension stabilizers and backup alimentation to components like memories, micro-controllers and PC cards, and in the electricity network, where, if attached to a group of batteries, they can provide a stabilizing effect and increase the efficiency of the power plants, accumulating electricity when the demand is low in order to deliver it when the demand is high.

Many are the researches aimed to further innovate the supercapacitor technology, with the purpose of improving their capacity to such an extent that it will be possible for them to efficiently assist or replace the batteries, in areas where nowadays it’s not possible. Elon Musk, Tesla’s CEO, declared that the future of the electric vehicles will be determined by the supercapacitors, not by the batteries, probably referring to hybrid systems rather than only capacitive vehicles, that are capable of faster recharges and more efficient accelerations and decelerations.

One of the most discussed ways to improve the supercapacitors involves the graphene, a material made of a monoatomic layer of carbon atoms with extraordinary properties, so many that it allowed a group of researchers to win the Nobel Prize in Physics in 2010 thanks to their study on the subject. Electrodes covered in graphene instead of activated carbon wolud bring a theoretical capacitance of 550 F/g, increasing the specific energy up to 85.6 Wh/kg, close enough to the  current specific energy of the electrochemical batteries.

Our next smartphone will not be likely recharged in a few minutes thanks to supercapacitors, but the diffusion and the improvement of this technology will surely lead to essential innovations for the technologies of the future. 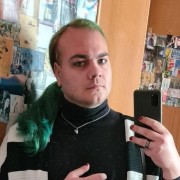