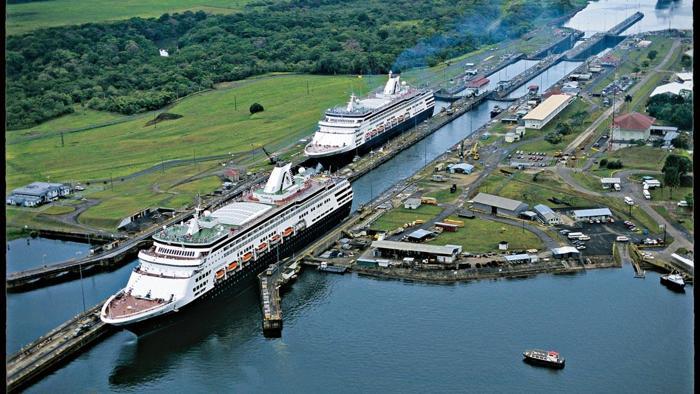 The Panama Canal is considered the eighth wonder of the world, the project has been one of the greatest and most incredible engineering works in history. It’s a hydraulic engineering work whose purpose is to create a navigable passage between the Atlantic and the Pacific Ocean, cutting the American continent in two and then allowing to considerably reduce the duration and the costs of the navigation. Its realization is fundamental and strategic considering that it reduces the duration of the travel of at least two weeks, allowing the navigants to cross the American continent without circumnavigating it and then saving 3.5 millions liters of fuel.  Since its opening, in August 1914, more than a million boats have crossed the Canal for a total tonnage higher than 9 billions tons.

The ships cross three locks: Miraflores, Pedro Miguel and Gatun. The passage through the Panama Canal takes from 8 to 10 hours, and more than 14.000 boats a year carry it out. The original project dates back to the 19th century, when in 1879 the Paris International Congress supported its construction with Ferdinand de Lesseps, who had already built the Suez Canal, as one of its promoters. In 1901 the USA decided to realize the work, but the agreement wasn’t ratified by Colombia that at the time ruled that area. The USA finally succeeded only when Panama became an Independent Republic (under the tutelage of the USA) and then obtained the perpetual rent of  the Canal Area and consequentlly the authorisation to start the work. They started in 1907, carried out by the military US genius and completed the 3rd of August 1914, following the projects of the colonel Gothal. The official inauguration, however, was put off until the 12th of July 1920. The work, started in 1881, were massive, also because the crossed area reached an altitude of 160 meters. As a matter of fact, to reduce the difference in altitude to 50m and then 26m, almost 80 millions m3 of rock were removed! The work however stopped until 1904, when the USA took it over. They decided to build a canal with locks whose height reached 26m, so that it could allow the ships to go beyond this difference in altitude. And so it’s been made. After 23 km from the atlantic Ocean, the canal is raised to 26m by the Gatùn locks, the Pedro Miguel locks than lower it to an height of 16.5 m, until the Miraflores dam levels it to the Pacific Ocean near Balboa. This way two thirds of the canal are at an higher altitude than the sea. From the Atlantic side, entering the Limon Bay, one can reach the canal after about 7 km. The 11 following km twist and turn in the south south-west direction until the Gatùn locks, that raise the passing watercrafts to 27m above sea level, until the Gatùn artificial lake, created by the construction of a dam on the Chagres river. After crossing the lake, the canal goes on to south south-east until the entrance of the Gaillard Cut (also Culebra Cut), a stretch of the canal of about 13 km made by cutting a really hard rock, at whose end are the Pedro Miguel Locks.

How does the canal work?

The canal is characterized by a system of locks. Lock means a hydraulic system to intercept a water body (river, lake, canal, sea, etc…) through an openable sluice gate, in some cases also adjustable. To put it as simply as possible, a lock is the hydraulic corrispondent of a passage controlled by a door or a gate.

The canal is, overall, a fluvial hollow, that is a pond, regulated by two locks, that stop the flow of a river or a navigable canal so as to provoke the raising of the water level upstream, therefore allowing the navigability of that part of the river as well. The ships linger in the fluvial hollow to load or unload goods, or just to wait until they enter a small pond between two locks that is at the same height of the lower part of the river, while the upper lock is blocked to maintain a level in the lock’s pond higher than in the river or navigable canal that flows downstream. Viceversa, when a boat or a barge want to enter the hollow coming from downstream, they get in the small pond situated between the two locks, where water is pumped in as both the gates are closed, until the water in the small pond reaches the level of the hollow. At this point the upstream lock can be opened so the boat can enter the hollow, and ,if need be, continue the navigation towards the upper part of the river.

Description of the new project To accomodate a rapidly increasing demand, global transport companies have enlarged their fleets and especially purchased bigger ships, and then the enlargement of the canal has become necessary. The expansion of the Panama Canal has been an important engineering work that has doubled its capacity, and it has been inaugurated on 26 June 2016. The ships, whose dimensions allow the passage through the canal, are classified by the caption Post-Panamax (the previous one was Panamax). This parameter specifies the capacity of the new locks for hulls 427 meters long, 49 meters wide, with 15 meters drafts.The transportable shipment is almost tripled: from 5000 to 12600 TEUs (twenty feet equivalent unit). Every ship can carry 12600 20 feet long(6.1 meters) containers or 6300 40 feet long(12.2 meters) containers. Importance of the project

Every year through the Panama Canal, that connects 1700 ports of 150 countries with 144 nautical routes, passes the 3 percent of the maritime trade. A business of about 270 billions dollars. The approximately 12000 ships travelling through the continent, take between 8 to 10 hours to pass and pay Panama an annual toll of almost 2 billion dollars, that is an average fare of 165000 dollars, numbers that are destined to rise considerably. The Panamanian authorities have already decided the fares for the passage through the new Canal. For example,  today a container ship with a capacity of 10000 TEUs and an use of the 80% of its total, pays 804000 dollars to pass through the Canal, wiìhlie in 2016 it paid 780000 dollars. The project creates a new traffic line along the canal, with the construction of a new set of locks. The working plan also includes the following components:

The smallest locks are 33.53 m wide, 320.04 m long and 25.91 m deep. Due to margins problems in the space of navigation, the usable sizes are a bit smaller, for example,  the maximum length usable for every locking chamber is about 304.8 meters. The canal had two lanes, with the realization of the enlargement project a third lane has been added with the construction of  a complex of locks situated on both the extremities of the canal. One complex is located on the Pacific bank, south-west of those already existent of Miraflores, the other complex is east of the Gatùn Lake locks. Every new lock has the sections designed to move the ships from the sea level to the Lake Gatùn level and through intermediate levels. Besides, every section has three lateral water-saving ponds, so that there is a total of 9 ponds for lock and 18 in all. As it happens for the existent barriers, the new ones and their reservoirs are filled and emptied by the gravity force, using no pumps. The new sections are 426.72 m long, 54.86 wide and 18.29 m deep. Shutters will be used instead of oblique gates, that are are used in the preexisting locks. These type of shutters are being used in almost all the modern locks with similar dimensions, amìnd they are considered a well-tested technology. The new barriers will use tugboats to position the boats. As in the case of the shutters, the tugboats are largely exploited for these purposes in locks with these dimensions. 16 sluice gates 55 m long, 35 m high, 10 m thick and weighing about 4000 tons each will be installed. Their dimensions are comparable to those of an apartment building.

The new channels, both on the Atlantic and the Pacific bank, will be at least 218 meters wide, allowing the Post-Panamax ships to navigate in only one direction at all times. 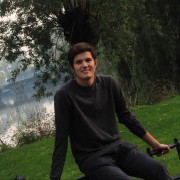 Supercapacitors: the batteries of the future?