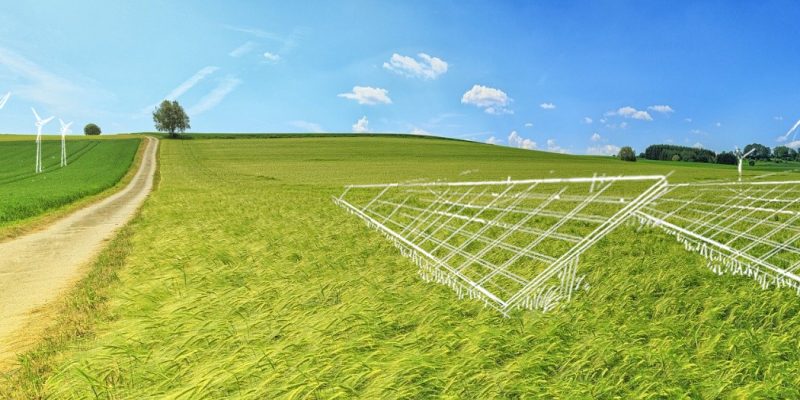 In this article we will examine the way investment strategies regarding renewable energies have changed after COVID-19.

August 2020, in a world still shaken by the pandemic caused by COVID-19, it is necessary to figure out medium and long-term investment plans to revive the economy of the single countries, alongside with the race against the clock to limit the effects of climate change.

The UN secretary Antonio Gutierres recommends the use of taxpayers’ money to create “green” workplaces and renovate obsolete industries following the present and future plans of emissions limitation. The Environment Ministers of 17 european countries and the IEA (International Energy Agency) share this view.

Thus, in case we were wondering if COVID-19 has shaken and created awareness in big energy suppliers and single governments of issues that are immeasurably greater than us, like a pandemic or global warming, the answer is YES.

According to a survey of the European Climate Foundation more than 1000 projects regarding the exploitation of renewable energies have been enumerated, that are to be funded using the 750 billions of the UE Recovery Fund, allocated to help the European countries that have been worst affected by the pandemic. It is spoken of 200 billions to sustain more than 2 million “green” workplaces.

We must also consider how the pandemic and global warming are actually connected; as explained in the article “COVID-19  and atmospheric pollution”   it has been demonstrated that COVID-19 has a higher contagion index in areas with higher emissions of polluting gases and particulate matter.

How are we going to change? Infrastructures and transport

Like every industrial revolution, infrastructures and transport are its backbone.

Regarding transport there is talk, at least in Europe, of a remarkable increase, where possible, in the use of bycicles, electric scooters and in general in autonomous two-wheel transport, that is: reduction of emissions and limitation of contacts (in a pandemic perspective). A recent  example is the use of electric scooters in Rome (which is however making the news because of the lack of adequate regulation).

In Italy, as regards the funds recently allocated for urban bike lanes, bike stations and interventions on urban bike circulation, we are talking 137.2 million euros. This amount has been divided assigning 51,4 millions for the year 2020 and 85,1 for 2021 and the resources are allocated to municipalities with a residing population larger than 50.000 inhabitants.

Another fundamental aspect is the use, where possible, of teleworking. A key aspect during the lockdown, it could be also “extended” to post-pandemic situations in order to reduce the emissions caused by the daily mobility of workers. In Italy, Milan aims to realize 35 km  of cycle paths within the year, and Bologna will make 60% of the 275 km of the Bicipolitana accessible.

Car manufacturers have suffered great losses as a result of the lockdown, and they are aiming to invest government assistance funds in “green vehicles”.

Fossil-fuel has concurrently taken a hard hit during the lockdown with the decrease in oil prices ( and consequently in gasoline), the lowest price in the last 30 years (below 10 dollars a barrel). To check the trend of oil prices we recommend Money.it.

Consumers will be able to benefit from incentives that have never been so advantageous for the purchase of electric or hybrid cars, so as to immediately jump-start the market. The so-called “Ecobonus” is already usable from 1st August to 31st December and changes depending on the cars that are classified on the basis of their emissions: fully electric cars (100%) call for incentives of up to 10.000 euros. For further information and a complete classification we refer you to  Auto.it.

With tens of thousands planes never taking off, air transport has been one of the sectors worst affected by the lockdown, from the increasingly successful use of smart-working and teleconferences to the drastic decrease in tourism towards every country in these summer of 2020. Social distancing and continuous sanification are forcing air fleets to drastically reduce the number of passengers on every flight, and consequently to raise the ticket prices. It will most likely be one of the slowest sectors to restart.

As already mentioned, the oil price collapse during the lockdown has put in crisis the major oil suppliers; Shell itself through its CEO Ben van Beurden declared that the impact will be greater than the Paris Agreement.

Fossil-fuel, that is already considered a “stranded asset” by scientists and economists, might see the end of its energetic dominion sooner than expected, the IEA predicted the final peak in 2030 but according to new studies by Rystad Energy, the demand of crude oil in 2030 will be 8% lower than the prediction pre-COVID.

In the scenario that has just been depicted it results that the pandemic has influenced daily life, mobility as well as energetic production and that governments and large industries are aiming at the decarbonization, also in the perspsective of the deadlines imposed by the Paris Agreement.

As regards the Italian situation it must be made sure, in my opinion, that funds are not invested in infrastructures like gas pipelines and natural gas in general, that is not considered on par with oil as a stranded asset but is anyway  a short-term investment on an energetic source with which Italy is not provided on a large scale.

Funds should be used to start a new industrial revolution based on renewable sources, we are talking photovoltaic and mini-eolic for buildings and on/offshore eolic parks for larger facilities as well as hydroelectric (already used widely in Italy) and concentrated solar power (whose patent is Italian, but no remarkable facilities have been built yet). Resetting the Italian energetic infrastructure from a centralized system to a decentralized one where it is neighborhoods that produce energy that could be later distributed to those users who need it the most.